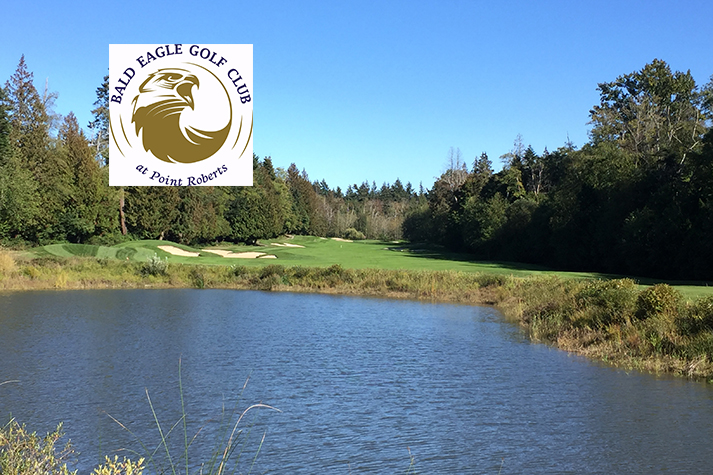 It’s hard to argue that the Covid-19 pandemic has been a boon to the golf industry. Golf courses have never been busier and prime time weekend tee times have become something of a precious commodity.

Golf has undergone a renaissance of sorts as the pandemic brought new people to the game and those who already played logged even more rounds...

It’s been a great time to be in the golf business pretty much everywhere but the border community of Point Roberts, Wash. The golf boom never materialized at Bald Eagle Golf Club, which was forced to close for more than two years during the pandemic due to border restrictions.

The course re-opened on June 15 and to say it’s been tough sledding would be an understatement. The British Columbia golfers the course relies upon for its business have not exactly been flooding across the border to play Bald Eagle.

While tee times may be hard to get at most courses, there’s plenty available at Bald Eagle. On most weekdays, Bald Eagle gets between 30 and 40 players. That number rises to as many as 75 on weekends. “Our course was in immaculate condition in 2019 and then Covid hit and boom,” says general manager, Tracy Evans. “We basically had to start all over again with less than half the staff and kind of reinvent the wheel.”

During its lengthy closure, Bald Eagle only had one staff member. That would be longtime course superintendent Rick Hoole, who basically cut the grass and tried to keep the greens alive. As you would expect, conditions deteriorated rather dramatically during the closure. Things have slowly improved but conditions are far from perfect.

The greens having been getting lots of attention and are for the most part now back in good shape. There is one temporary green (No. 16). The fairways have gone brown and will get more attention come the fall. If you like firm and fast conditions, Bald Eagle is for you. The ball rolls forever.

One thing the long closure could not damage was Bald Eagle’s excellent design. It’s a fun course to play, easy to walk and although it’s tree-lined, the fairways are generous. “Most of the feedback that we have received has been supportive,” says Evans.

“Everybody knows we were closed for two and half years during Covid and we had no revenue coming in, but we still had bills and expenses to pay. We had payroll for Rick and various suppliers, we had to keep the lights on in the building. So there were a lot of expenses going out which is why you see the fairways are brown right now. Unless Mother Nature is raining on us, they are going to stay that way until the Fall.

“We’ll fertilize in the fall and seed in the spring just to try and make the best use of the conditions that we have . . . the greens get watered every night and look amazing. That was our focus.”

The club is running with a skeleton staff right now. “We joke that we don’t have a skeleton crew, we have a skeleton arm,” says assistant general manager Dee Gough. “Just the arm, that’s all we’ve got.” The clubhouse staff numbers just four: Evans, Gough and two others. “And we still have to take care of the driving range,” Gough says. “I spent all day Sunday weeding around the building, because maintenance doesn’t have time to do these things. So we all do everything.”

The clubhouse restaurant has been closed and is now just a self-service kiosk with a hot dog machine. The clubhouse is open only from 8 a.m. to 5 p.m. in part because of economics and in part due to the fact it is so hard to find employees in Point Roberts. There’s a drop box for power cart keys for players who are on the course past 5 p.m.

The grounds crew now numbers seven. Pre-pandemic it was 21 in peak season. Every day is a challenge and Evans and Gough are appreciative of the players who continue to support the club. “We get out regulars who come in and say, ‘oh my God, it’s so much better than it was three weeks ago.’” Gough says. “So they can see the improvement. Everyone has been really good to us. They know that we are short-staffed.”

However, the harsh reality is that Bald Eagle probably can’t survive with its current level of play. Evans and Gough both say the ArriveCan app continues to be a hindrance. “It does deter a lot of people from coming down to play,” Gough says. “I think a lot of people don’t think they should have to do it, which makes it really tough on anyone who lives in a border town.”

There have been some positive signs. “We have a lot more women coming in and the age of our golfers has changed a lot,” Gough says. “They are a lot younger. It’s not all just retirees now.”

Green fees are $40 US seven days a week and $20 for nine holes. There are no twilight rates. Times can be booked at baldeaglepointroberts.com.